Roof Vents
What, Why and How 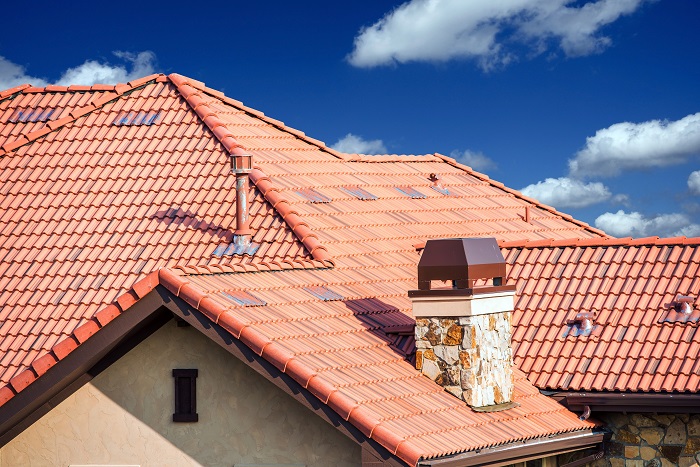 What are Roof Vents

The term roof vents can mean many things. As we define it, a roof vent is designed to remove hot air and moisture out of your attic. There are many different types of roof vents that accomplish this task in different ways. Some are motorized, powered by electricity and wired into the home, some utilize solar cells, some are powered by wind and others require nothing at all.

Anyone who states flatly that one vent system is superior to another does not understand the real issue. See, what is so critical to understand is that not all homes are designed the same way and are not exposed to the same climate; therefore not every home is best served by the same ventilation options. The BEST roof vent for your home is the one that factors in your home’s airflow and roof’s design to remove the most cubic square footage of attic air space the most effectively.

Box vents can also be called Low Profile Vents, Louvers, Flat Vents, or Turtle Vents. They are static vents. This means they have no moving parts. The vent is installed over a hole cut out of the roof. Utilizing natural convection, they create an opening for the rising hot air and moisture to escape through. Box Vents are most effective when installed as close to the roof ridge as possible. This allows the maximum amount of heat and moisture to be released. Due to their limited effectiveness, numerous Box Vents are often required.

Also called whirlybirds. These vents are not static, as they have moving parts, but they do not have motors and instead rely on the wind to power their movement. Wind-driven turbine vents move more air than box vents – when the wind is blowing. We recommend only installing high quality wind driven turbine vents that have plastic bushings or permanently lubricated ball bearings in the spinning mechanism. Most homeowners are familiar with the squeaking noise associated with the cheaper versions as they spin in the wind. It’s that spinning action, triggered by wind, which draws hot air and moisture up out of the attic.

Power ventilators (roof or gable mounted) also known as PAVs (Power Attic Vents) have motors that turn large fans to drive hot air and moisture out of the attic. Some come equipped with adjustable thermostats which trigger the fan to kick on when the attic reaches a certain temperature. They are also available with a humidistat that will detect levels of humidity and turn on. It goes without saying that power ventilators require electricity to operate. Most are hardwired into the house’s electrical, however there are models with built in solar panels to power the unit. These units are designed to function relatively quietly and do a good job of venting. One downside is that a power vent can be dead, but due to its quiet design, homeowners may not realize it no longer functions. For this reason we recommend a quick inspection of the unit every six months.

Ridge vents are a static vent system – with no moving parts. A ridge vent should run the entire length of the roof’s horizontal ridge, blending into the roof-line for a more attractive home. Ridge vents combined with under-eave venting (soffit) is the most efficient system you can install. While other forms of ventilation create hot and cold zones on the roof’s surface, a ridge vent provides even distribution of temperature. This means sections of the roof are not aging faster than others.  A ridge vent is not dependent on wind, so changes in wind speed and direction have no real significant effect on performance.

Often confused with box vents, off ridge vents function similarly. They are static vents placed over a cut section in the roof near the ridge. Rather than being square like a box vent, they are long and thin. While they allow hot and moist air out of the attic space, they are typically not the most effective, requiring several units.

Cupola vents are often purely decorative, however they can be functioning static roof vents. They sit atop a high ridge and frame an opening in the roof system, allowing hot air and moisture to rise and escape the building envelope. While they can be a functioning roof vent, they are limited in their abilities and usually fill a support role to another primary roof vent system.

Soffit vents provide a means of air intake into the roof’s ventilation system. They are installed in soffits and eaves and most often made of PVC or aluminum. If your home is fitted solely with small gable-end vents or only vents in the roof, you should consider installing soffit vents to increase airflow. Allowing outside air to enter the attic at the lowest point of the roof, soffit vents are most effective when used in conjunction with a continuous ridge vent.

Do I Really Need Roof Vents

In cold climates: The primary purpose of attic or roof ventilation is to maintain a cold roof temperature to control ice dams created by melting snow, and to vent moisture that moves from the conditioned space to the attic (ventilation acts to bypass the vapor barrier created by most roof membranes). Melted snow, in this case, is caused by heat loss from the conditioned space. The heat loss is typically a combination of air leakage and conductive losses. The air leakage is due to ex-filtration from the conditioned space (often because a ceiling air barrier is not present) and from leaky supply ductwork (often because ductwork located in attics is not well sealed) and from penetrations like non-airtight recessed lights. The conductive losses are usually from supply ductwork and equipment located in attic spaces above ceiling insulation (ductwork is typically insulated only to R-6—whereas ceiling insulation levels are above R-30). Conductive losses also occur directly through insulation, or where insulation is missing or thin.

In hot climates: The primary purpose of attic or roof ventilation is to expel solar heated hot air from the attic to lessen the building cooling load. The amount of cooling provided by a well ventilated roof exposed to the sun is very small. Field monitoring of numerous attics has confirmed that the temperature of the roof sheathing of a unvented roof will rise by a few to no more than 10 F more than a well ventilated attic.

Example of a Ridge Vent Installation