OSB vs Plywood. What are the differences and similarities? Let's start by giving you the long name of OSB... oriented strand board.  Both OSB and plywood are structural panels made by compressing and gluing pieces of wood together. 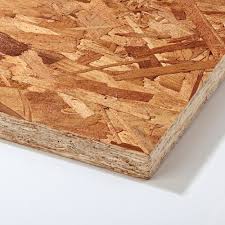 OSB is manufactured from heat-cured adhesives and rectangular- shaped wood strands that are arranged in cross-oriented layers. Produced in large, continuous mats, OSB is a solid-panel product of consistent quality with few voids or gaps. The finished product is an engineered wood panel that shares many of the strength and performance characteristics of plywood.

Plywood - What is it? 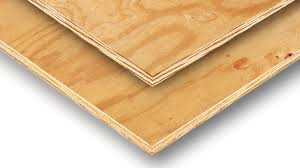 Plywood is made from thin sheets of veneer (layers of wood that are peeled from a spinning log) that are cross-laminated and glued together with a hot press. Throughout the thickness of the panel, the grain of each layer is positioned perpendicular to the adjacent layer. The finished product is made from an odd number of layers so that a balance is maintained around its central access.  Since it is made from whole layers of logs rather than small strands, plywood has a more consistent and less rough appearance than OSB.

The provided information that favors plywood over OSB is summarized from a study by Georgia-Pacific, a building materials manufacturer. While Georgia-Pacific manufactures both materials and thus has no obvious bias, the study does not state whether it compared multiple brands of OSB and plywood or merely their own.

While plywood and OSB both off-gas formaldehyde, OSB off-gasses more of the carcinogenic gas. Plywood, OSB, and other engineered wood products that contain glue can be stored outdoors for several weeks before construction so that much of the dangerous gasses are vented safely into the outdoors. OSB weighs more than plywood. One 23/32-inch 4x8-foot plywood piece weighs approximately 67 pounds, while a piece of OSB of the same dimensions weighs approximately 78 pounds. The increased weight of OSB means that it is harder to install and it will put more stress on the house.

Compared to plywood, OSB swells more when it comes into contact with water, especially at panel edges. Swell is generally greater in OSB than in plywood due to the release of compaction stress in OSB created during the pressing of wood chips into panels. Swollen plywood will return to its nominal thickness as the wood dries, while OSB will remain permanently swollen, to some degree. Swelling is a nuisance because it can uplift whatever materials lie above, such as tile or carpet.

Nails and screws are more likely to remain in place more firmly in plywood than in OSB. OSB retains water longer than plywood does, which makes decay more likely in OSB than in plywood. Of course, tree species plays a large role in this determination. OSB made from aspen or poplar is relatively susceptible to decay.

LEARN MORE about osb vs plywood from the University of Massachusetts Amherst article:  Choosing Between OSB and Plywood